Dressing Up The Groomsmen - In Style 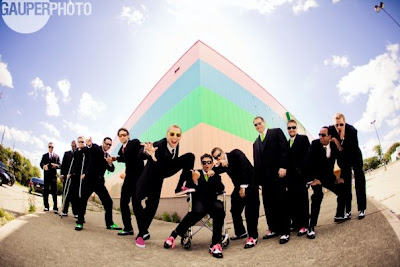 When it comes time to get decked out for a hometown or destination wedding, most grooms feel that there are only two options to consider. The first option being the total traditional route: renting the standard tux and in turn, not adding any personal touches to the ensemble. Some grooms feel like they need to stick to this script simply because it’s what everyone else does and it’s the safe choice. Of course the word ‘safe’ could easily be replaced with ‘boring’, but hey – that’s just me.

The second option is going off the deep end and blazing their own path. This option, unlike the more traditional route, is what you are usually looking at when you see things like light sabers or football jerseys at the altar. I’ll admit sometimes it can be quite memorable, but what exactly is being remembered? The fantastic wedding you put together or the fact that you had a Storm Trooper as your best man? I think you already know the answer to that one.

p>So, which of these options did I choose when it was time for me to say my big “I Do’s?” I decided to set up shop somewhere right in the middle, which provided me with enough of the traditional so my wife could still have the wedding she has pictured since she was 12 years old, yet we also added our own sense of style which gave the wedding a shot of color. 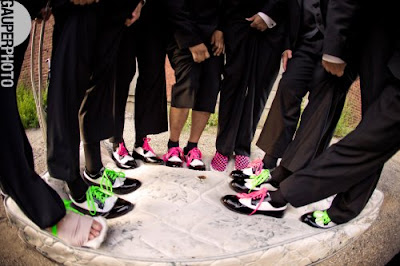 So, how exactly did I get my groomsmen and I looking good for the big day without going to one extreme or the other? Here’s a list of the subtle, yet noticeable personal touches I added to my wedding to make us all pop:

Our personal touch added just the right amount of energy without being distracting and overwhelming, which was exactly what we were hoping for.

Ryan Hupfer is our "Groom with a View" so stayed tuned for more with "Hup" in the coming months!