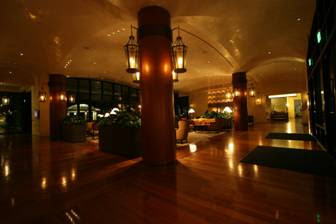 While doing research for an upcoming story on great places to have a destination wedding in the United States, I was introduced to one of my favorite towns and as a result one of the town's best hotels. The St. Julien Hotel & Spa was not only a decadent rustic chic escape nestled in the bustling town of Boulder, Colorado, but it has also been given recognition by the readers of Conde Nast's Traveler.

For the second consecutive year, St Julien Hotel & Spa in Boulder, CO, has been named one of the Top 100 United States Hotels in the Condé Nast Traveler’s Readers’ Choice Awards 2009 and remains the only hotel in Colorado to receive this prestigious honor. St Julien Hotel & Spa jumps over 20 spots from their 2008 ranking and now shares the title with Shutters on the Beach in Santa Monica and Omni La Mansion del Rio in San Antonio, which tied for #51 in this year’s poll.

In celebration of this prestigious accolade, St Julien Hotel & Spa invites travelers to experience the new “Time Well Spent”package, available November 1 through December 31, 2009. Guests receive a special $199 per night rate for stays Sunday through Thursday with a $50 activity credit per night per room. The $50 activity credit can be used throughout the hotel including dining at Jill’s Restaurant, treatments at the Spa at St Julien, and more.