Most of us are fortunate enough to have one simple wedding, if that. Twitter celebrity Stefanie Michaels (aka “@AdventureGirl”) has had 12—and all to the same man. 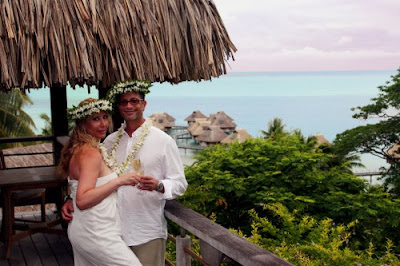 For their first wedding on Dec. 31, 1999, Stefanie and husband Phil eloped to a mansion in Pacific Palisades on a whim. Six months later, they threw a small ceremony at Hotel Bel Air and, the following night, hosted a 1940s-inspired, movie star-themed reception at Paramount Studios.

The invite channeled a movie opening titled “The Wedding” in Art Deco font, and the guests were the celebrities: They walked the red carpet and were greeted by photographers with old-fashioned cameras in trench coats who served as the paparazzi. Paramount went as far as to open the Oscar case so everyone could pose with the statues. 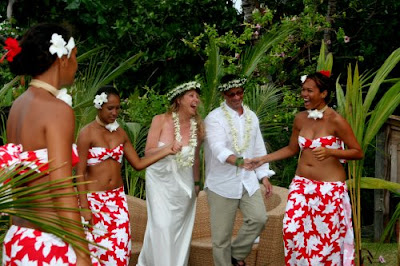 Every year after that, the couple took time out of their hectic LA lives to commemorate their marriage—from multiple celebrations on St. Barts and a sunrise blessing by a monk in Chiang Mai, Thailand, to a private party on the beach in Punta Del Este, Uruguay and camel rides among the pyramids in Egypt. “And this is coming from the gal who was marriage phobic and never wanted that ‘white wedding!’ It’s been a wild ride and a fun way to keep the marriage sparks alive,” Stefanie says. 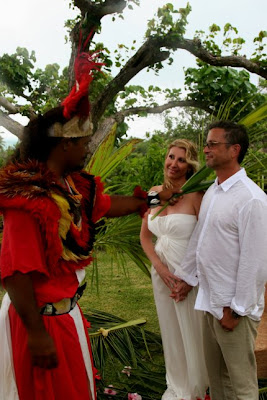 This past New Year’s Eve, the pair celebrated 10 years since they first tied the knot at the stroke of midnight on the turn of the millennium. In a nod to their happy decade together, they decided to rekindle the flame in French Polynesia, starting on Papeete, sailing on the Aranui to eight isles in the Marquesas, and ending their 10-day, 10-island adventure with a midnight ceremony on Bora Bora for their actual anniversary. For Stefanie, picking this little slice of Heaven to celebrate such a milestone was a no-brainer. 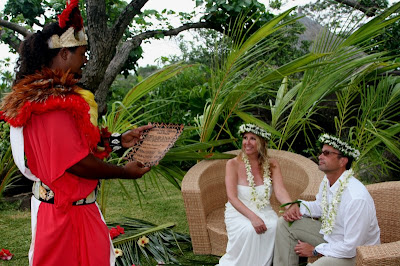 “Besides it being one of the most beautiful places on Earth, we were looking for a natural setting, with privacy and elegance all in one. There is a hilltop at the Bora Bora Nui with views of Mount Pahia and the multi-colored sea below. It’s simply breathtaking,” she relives in a daze. “I also love everything French, plus the exoticness of the isle, so what better place than to renew our vows in absolute paradise?” On each island, the Los Angeles-based couple reminisced with notes of funny memories and applicable trinkets: Island one honored the first year of marriage; island two, the second; and so on. “The last island in the Marquesas, we were in an arboretum surrounded by a forest of natural foliage and came to this clearing. Phil dropped to one knee and asked me to marry him all over again. He made it ‘official!’” 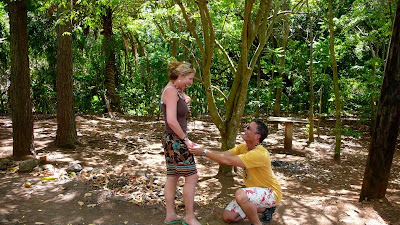 But little did Stefanie know that Phil had even more up his sleeve: He had already arranged for the captain to fake a lifeboat drill and throw a surprise party for his blushing bride with all the passengers and crew in attendance, prior to the formal ceremony. The “real” ceremony, appropriately, took place on the heart-shaped island just across the water from Bora Bora and was performed by a village chief. A hurricane came storming through the area, leaving the day one soggy, windy mess, but the “newlyweds” didn’t let that faze them one bit.

“The weather became so surreal, and we felt as if we were in this force of nature, part of nature,” Stefanie recalls. “We were renamed by the chief and wrapped in a special Tahitian blanket, which symbolized our relationship as one. Then, in a seemingly magical turn of events, the wind stopped and it began to clear. I think that’s an important side note to all brides: It might not always come out the way you think it should be, or as planned, but if you stop and be in the moment, it’s the way it’s supposed to be. 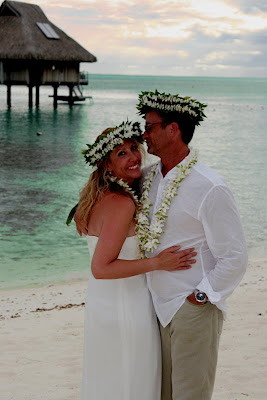 “Although the sun was not out, and we were in the middle of this storm I wouldn’t have had it any other way. It was adventurous—just like us—and memorable!” 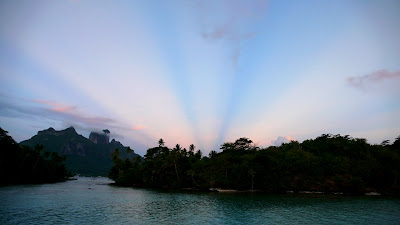 So how does one go about topping this trip for the next big anniversary and all others to come—or is it better to just quit while you’re ahead?

“Oh, we will always celebrate,” Stefanie reassures. “It’s easy to do since our anniversary is New Year’s Eve and always festive. It’s something we look forward to each year, and I love the idea of where we will celebrate it next in the world. I think it won’t be till 15 years that we do something grand, and then hmmm, I don’t know, maybe outer space?”