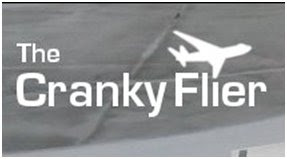 Work sucks. So when it comes time for your destination wedding, you’ve probably been saving up vacation days like a squirrel saves up acorns. Your natural inclination will probably be to dart out of work as soon as you can and make a beeline for the airport for an evening flight out of town. I wouldn’t do that if I were you. Stick with morning flights and you’ll be happier.
I realize that waking up at 0-dark-thirty and dragging yourself to the airport before the sun comes up is not your idea of fun, but you’ll thank me in the end. Morning flights tend to go on time more often than afternoon or evening flights. It’s worth waking up early if it means things go smoothly.

Think about how airplanes spend their days. The goal for an airline is to keep planes in the air as often as possible. When they’re in the air, they make money. When they’re on the ground, they don’t. Airlines would fly their planes 24 hours a day except for two problems.

Simply put, most planes start the day fresh each morning. Then they fly like crazy until late at night when they go back to sleep for a few hours.

But what happens when there’s bad weather? Or there are 25 sets of new parents with strollers to be checked on that flight from Omaha? Planes get bogged down during the day as traffic increases and things conspire to really mess up schedules. By the end of the day, you’re paying for all the problems that happened earlier. But each night, the planes get to where they’re supposed to be going, sometimes very late, and the airline is able to reset for the next day.

Sometimes flights get canceled, planes break, etc and things don’t work out as planned. So when you’re running to the airport after work on a bad day, that plane is falling behind and your flight may end up being canceled. That’s not a big deal if there’s another flight five minutes later with an empty seat on it, but in an era of very high load factors, that’s a rarity. Sometimes, you can be out of luck for several days and your trip may be ruined.

So spend that last night in eager anticipation of what lies ahead and then wake up early and enjoy that on time departure. Oh, and on the way home? Who cares. You don’t want to go back to work anyway.