Our Blogger Maven Hits the High Seas on a Budget

For this Travel Tuesday I thought I’d share some of my own recent travels. Be forewarned, they aren’t nearly as exciting as the fabulous AntiBride’s trip to Ireland. Me and seven of my best buddies decided to go on a seven day cruise to the Mexican Riviera to celebrate our recent college graduation. Our graduation is so recent, in fact, that we still have college-student sized budgets. I made it my mission to cruise on a budget and to share my experience with all of you. Surely there are couple’s out there who busted their wedding budget and are now looking for an affordable option for a honeymoon. I think a couple choosing a destination wedding would definitely be open to the idea of hitting the high seas to celebrate their nuptials. 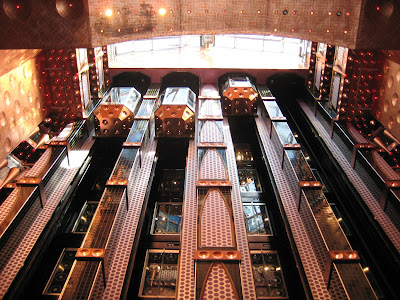 This was my first cruise, so forgive me if my excitement is a bit obnoxious! Aside from gratuities, I managed to spend less than $200 on my seven day adventure. The best part was, I didn’t feel as if I was penny-pinching and still had an amazing time! I booked the cruise itself for just over $500 and it included room and board as well as all meals while on the ship. (24-hour buffet anyone?)The dinners are delicious and the menu changes every night. I took advantage of trying dishes I’d never had before. I could have gone the entire seven days without spending any more than the mandatory gratuities, but splurged on a couple of activities. 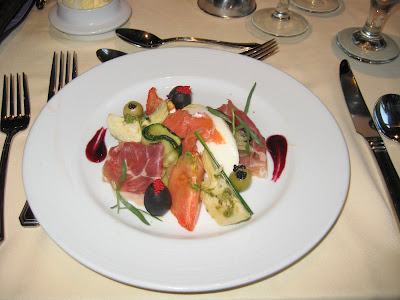 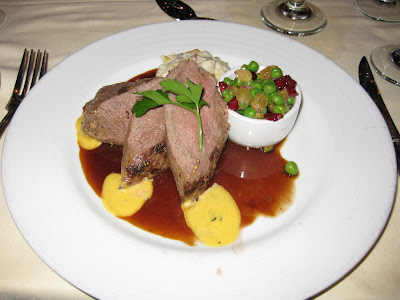 I had a vision of grandeur in my mind before boarding the Carnival Splendor cruise ship. While I wasn’t disappointed, the décor was less Titanic and more Las Vegas Golden Nugget. There wasn’t a surface on ship that didn’t shimmer, shine or sparkle. However, the over-the-top design was infectious and my fellow cruisers were obviously on board for a good time. The main deck was bustling 24-7 with giant conga lines, rambunctious singing and live music. 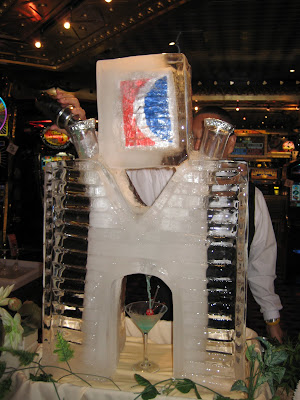 One activity I couldn’t pass up was “Martini Madness.” These delicious confections were poured through a giant ice sculpture and served: ice cold. I had heard previous to my trip that alcohol on the ship was way over priced and not worth the money. While beer is pricey, they do offer buckets. As far as mixed drinks, I felt they were really comparable to most restaurants here in Phoenix. My martini was around $8 which is pretty standard. For those of you who take your drinking a bit more seriously I definitely suggest waiting until you hit port. The best deal we found was seven beers for ten bucks.

On my cruise we docked in Mazatlan, Puerto Vallarta and Cabo San Lucas. It’s not always necessary to catch a cab to explore the city, but if you’re in Mexico and in need I highly recommend a golf cart taxi. While they aren’t air conditioned, they do have stereos and allow you to really take in the sites. Plus, they’re just plain fun! Our group made an effort to travel off the beaten path a bit and eat at really traditional Mexican restaurants. Being from Arizona, we certainly have our share of Mexican restaurants, but I was looking for real, rustic Mexican food. If you’re on a budget, you’re also much more likely to get a deal if you don’t eat at a big chain restaurant. 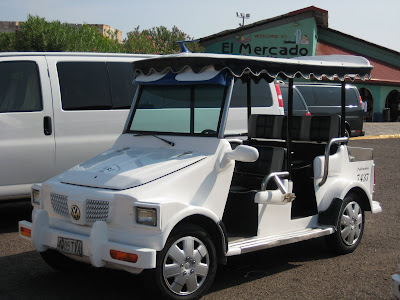 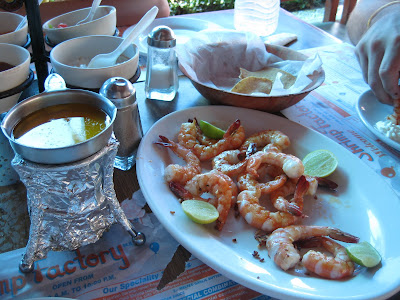 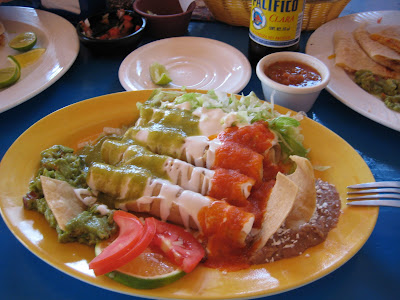 My biggest splurge was a snorkeling excursion in Cabo at $50. While I saw more wildlife snorkeling in Cancun, the location here at Pelican Rock was absolutely stunning! Like almost everything, the snorkeling was part of a larger package deal. Also included was an open bar and sailing trip along the beautiful coast. If you’re not prone to seasickness and love rum punch, the open bar alone is worth the $50. The crew was along for the ride and dressed up in costumes and danced along with us to classic American tunes while we sailed the high seas. The sailing trip included a pass by the famous rock arch of Cabo and Playa Del Amor, I gorgeous white-sand beach set between two cliff faces. 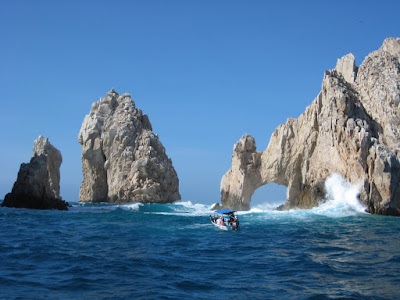 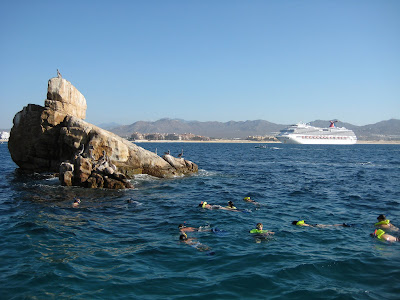 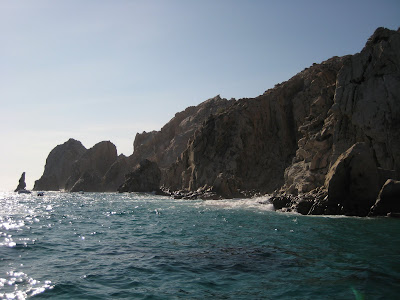 The only stressful part for me about this cruise was deciding what to wear on the “elegant nights.” Well, have no fear because attire ranges from dress pants to floor-length gowns. So, ladies, just wear what you’re comfortable in and don’t worry about looking out of place. This is also a great opportunity to see your man dressed up and looking fine. (Pardon the shameless plug as I show off my handsome boyfriend. Oh, and notice the gawdy background.) 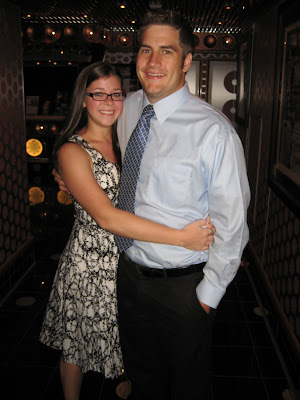 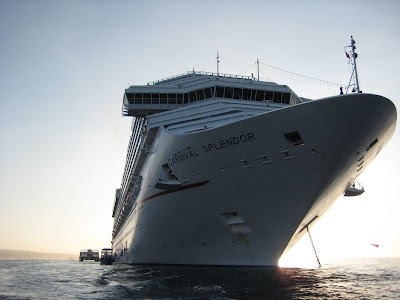 Overall, Carnival’s claim of their boats being “the fun ships” definitely holds true. The crew was unbelievably friendly and happy to indulge your every whim. Other activities on the Splendor ship included mini-golf, bingo, a casino, tons of free shows, a piano bar and a comedy club. Every day there are a bevy of activities to keep you busy. I busted a move and brought out my inner M.J. at a Thriller dance class and cracked up at the R-rated comedy shows. Hopefully this blog was helpful and for all you brides-to-be out there and you consider a cruise for your honeymoon.