This Real Wedding Does Old-Hollywood Glam in the Desert

Dasia and Scott bonded five years ago over their shared love of fashion, music and traveling. These passions converged when they chose to get married at the Arizona Biltmore Hotel in Phoenix. They left their t-shirt design company in Denver and journeyed to “The Jewel of the Desert” to say “I do.” The engagement began with a jewel of its own after Scott popped the question with a 2.5 carat stunner.

The affair was destined to be unforgettable because Dasia and Scott were each the first of their siblings to take the plunge into matrimony. (Dasia is one of seven siblings!) It was important to the couple for their grandparents to attend the wedding and they were ultimately surrounded by 100 of their closest friends and family. 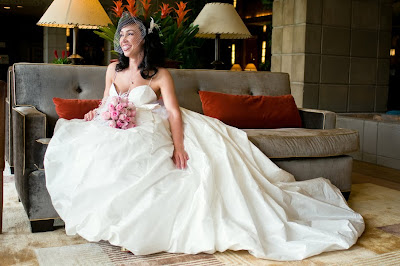 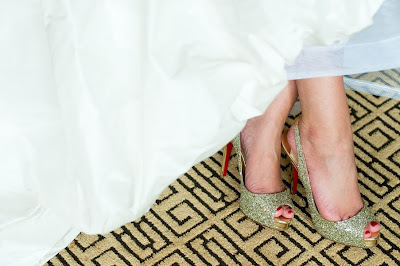 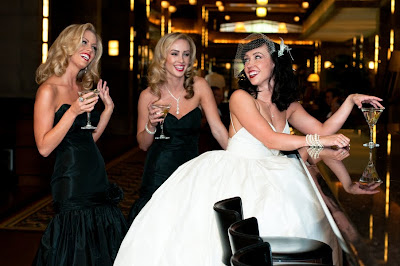 Looking through Bridal magazines, Dasia knew she wanted to walk down the aisle in an Amsale dress. After going to one of the designer’s trunk shows she decided on the Ibiza gown, which couldn’t have fit the vintage, elegant theme any better. The bride complemented her silk taffeta, bubbled hem gown with styling inspired by Dita Von Teese. Her spiral-curled hair was topped off with a vintage ostrich hairpiece from Haute Bride and a birdcage veil. The bride saved the best for last though, and hid arguably her most precious accessory under the folds of her gown. Gold, glittered Christian Louboutins. Be still my beating heart! What bride wouldn’t want to talk down the aisle in these peep-toed confections? 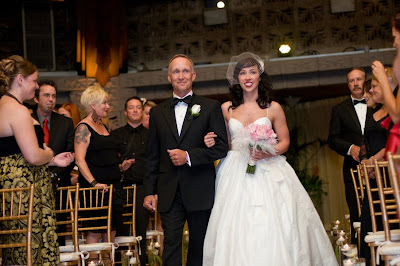 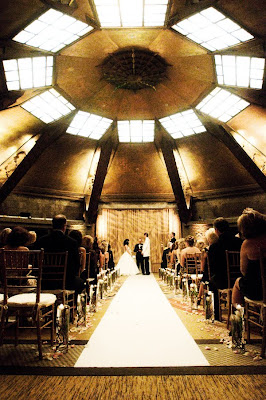 The ceremony took place in the hotel’s Aztec Room since the couple couldn’t get married outside due to the desert heat. However, the bride brought warmth into the room with hundreds of glittering candles. Not only did Dasia’s father walk her down the aisle, but he officiated as well.

Because the couple has family and friends from all over the country, a destination wedding made logical sense. Dasia, an architecture aficionado, had fallen in love with The Biltmore on a prior trip and new it was the place for their families to converge in the desert. The Biltmore has a history, elegance and unique architectural style that fit Dasia and Scott’s style to a tee. Over the hotel’s 80 year history, it has been frequented by some of Hollywood’s biggest stars. The bride chose to embrace the history and went with a 1940’s Hollywood themed wedding. 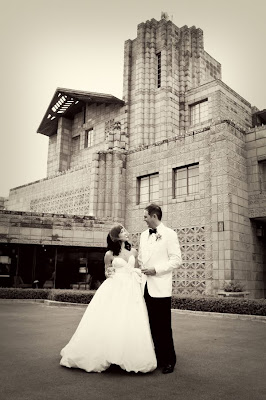 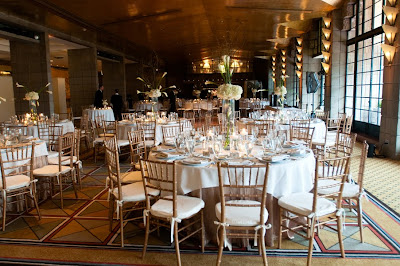 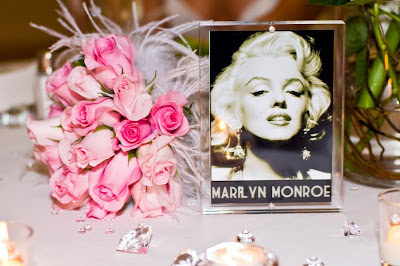 The couple carried the warm, glittering glow of the ceremony into the reception. By placing most centerpieces in clear containers, the entire table reflected the candlelight. Each table was named after an old-Hollywood star and thus captured vintage glam. The guests dressed to impress and all wore black-tie attire. The couple achieved their ultimate goal and celebrated their wedding with everyone that they love. The reception was a hit with the couple’s custom playlist and the party raged on for nearly 10 hours! 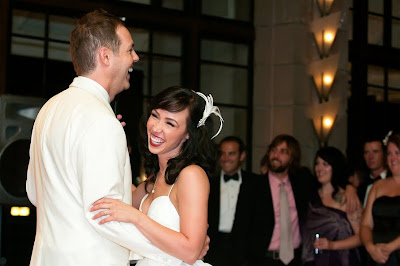 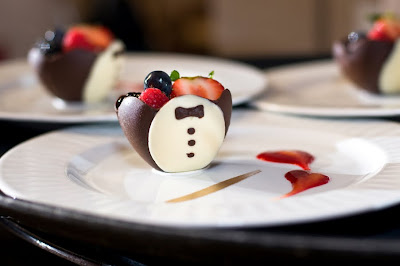 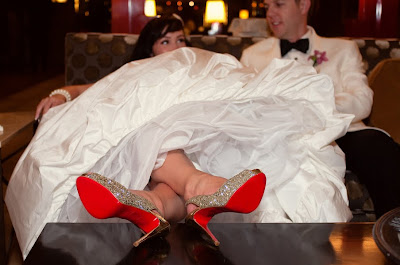 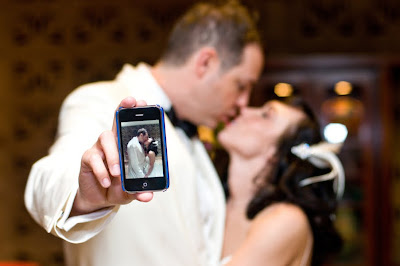 I would like to give a shout-out to this week’s Real Wedding Wednesday bride, Dasia. She designed and planned her wedding from start to finish almost entirely on her own—a rare feat in these days! She dedicated countless hours to ensure her and Scott’s wedding would be exactly as it should be—and it shows. She shared her wedding with us down to the last detail and it was an obvious labor of love. We know her and Scott took their theme to heart and will have a Hollywood ending.