It's a Family Affair in This Real Riviera Maya Wedding

This couple’s relationship is a classic right place/right time scenario. Breanne and Andrew met in Bali by chance while both were on vacation. Breanne spotted a handsome guy across the dance floor and thought, why not? She made the executive decision to make the first move and approached the man who would eventually become her husband a half a world away. 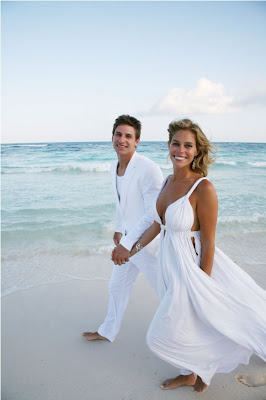 Breanne always knew she wasn’t destined for a traditional wedding. Luckily, Andrew was in agreement and it was easily decided that a beach wedding was for them. Andrew is Australian and Breanne American, so they decided they should have a destination wedding on neutral ground in order to be fair to both families. They also wanted their guests to feel like they were on vacation when they attended their nuptials.

Ultimately, the couple decided on Al Cielo Hotel just outside Playa Del Carmen, Mexico. Breanne didn’t want a run-of-the-mill beachfront hotel where any guests could watch them get married. She wanted a more private, intimate affair. Al Cielo was also a good fit because the hotel’s planners let Breanne have as much say as she wanted. 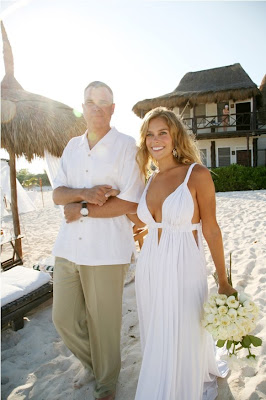 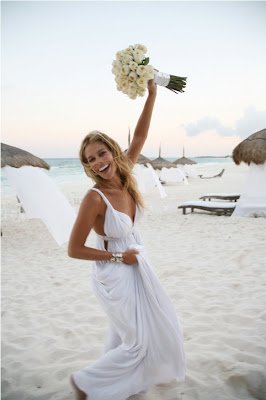 The couple wasn’t able to take a trip to Riviera Maya before their wedding, so they were not entirely sure what to expect. Luckily, Al Cielo Hotel was as good as its word and the accommodations and locale were just as beautiful as the couple had seen on the Web site. In order to cut costs and ease some of the stress, Breanne brought as many decorations as she could from Australia including Japanese lanterns, flower boxes, candles, and printed menus and seating cards. 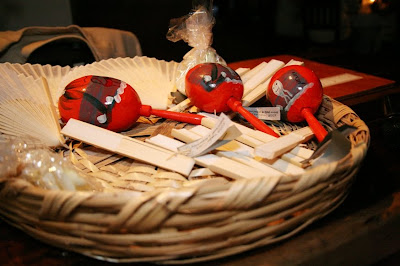 After a two-year engagement, 50 friends and family from all over the globe joined the couple to witness them say “I do.” The couple chose a white theme and requested in advance that their guests wear white or neutral colors to the ceremony. Breanne described their theme as “beachy-chic.” Her and Andrew exchanged vows on the white sand beach surrounded by their closest loved ones. 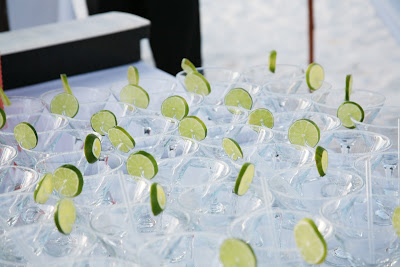 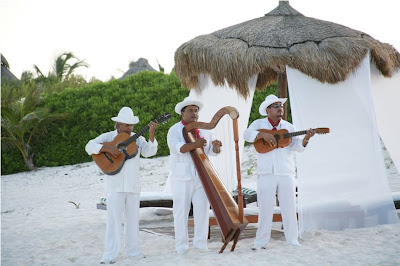 The guests were thoroughly entertained while the wedding party took photos with a fun cocktail hour. They were treated to a mariachi band and margaritas and mini finger foods on the beach. The party moved to a nearby open-air restaurant where the group partied the night away. 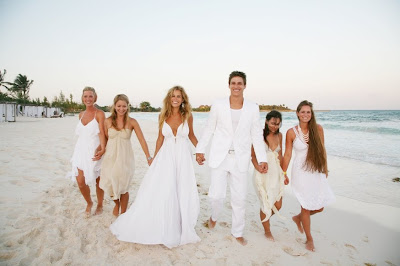 Looking back, it was hard for Breanne to choose just one moment as her favorite. However, it was her mom’s reception speech which stood out the most. Right after Breanne met Andrew she was sitting in the airport and bursting with excitement. She decided to put that energy into words and wrote her mom an email describing how she had just met the man she was going to marry and how in love she was already. Low and behold, Breanne’s mom kept the letter all this time and shared it at the couple’s reception. 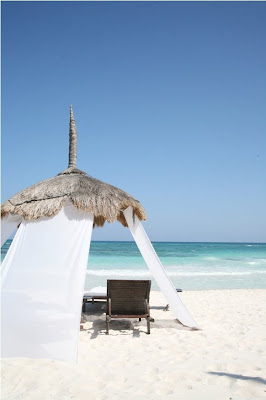 Thanks Breanne and Andrew for sharing your special day with us!