La Concha, a AAA Four-Diamond property, is the quintessential San Juan beach hotel and a nightlife destination for Puerto Rico’s “in crowd.” La Concha Beach Resort is situated on a breathtaking, sun-splashed corner of prime Caribbean beachfront in Condado, San Juan’s most elegant district and fifteen minutes or less from Old San Juan. A retro urban showcase and architectural landmark, La Concha Resort was originally built in 1958 and has now been completely re-imagined for the 21st century, after years of painstaking work and a $220 million investment. The property has five on-site restaurants (including Perla, in the famous floating seashell), a state-of-the-art casino and 483 guest room accommodations boasting majestic views. A $100 million new tower with 235 suites opened in March 2010. 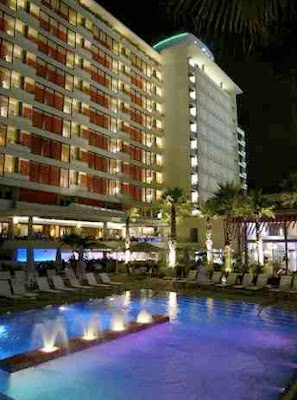 A historic gem in the heart of Old San Juan, Hotel El Convento, a AAA Four-Diamond property, has established new standards of luxury, comfort, and service – while preserving its rich, historic character. A masterpiece of Spanish Colonial architecture and design, this stunning San Juan hotel is the only “Small Luxury Hotel” in Puerto Rico and the oldest member of Historic Hotels of America. Indulge in elegant accommodations, lovingly restored from a 350-year-old Carmelite convent. The 58 room hotel has a roof terrace, plunge pool and Jacuzzi area with lounge chairs, four on-site restaurants, a chapel (it was a convent after all!), multiple private rooms/meeting spaces and an off-site beach club. 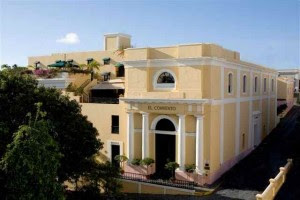 Luxury Returns to San Juan: The Condado Vanderbilt will bring true luxury back to San Juan and is currently being restored to its original splendor with the addition of two suite-only guest room towers adjacent to the original structure. The hotel first opened in 1919 and was designed by renowned architect Whitney Warren of New York’s Grand Central Station fame. For the past 10 years the hotel has been unoccupied and was nearly torn down until a group stepped in and it was added to the National Register of Historic Places in 2008. It is expected to open in spring 2011 with the style, sophistication and service for which the hotel was known. Each suite will have a dedicated butler, a grand ballroom will host lavish weddings and social functions and the property will have the only full service spa onsite in a Condado hotel.