This Real-Life Wedding Combines Fun and Finesse in Sin City

Kristie and Chad first met in junior high school, but never really got along. Chad teased Kristie growing up, never realizing she was to be his future bride. Several years after high school graduation, Kristie was curious what became of her adversary and sent Chad an email. He asked her out for a drink to apologize and the rest is history.

The proposal was something out of a storybook romance and every girl’s dream. For Chad’s birthday the couple went on a trip to Europe and on a cruise through the Baltic Sea. On a formal night and dressed to the nines, he surprised her with an engagement ring in the bottom of a champagne flute. 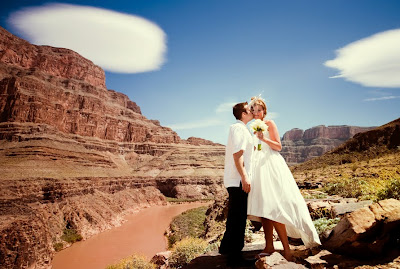 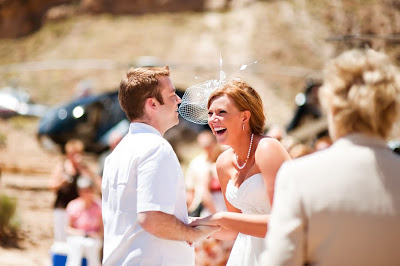 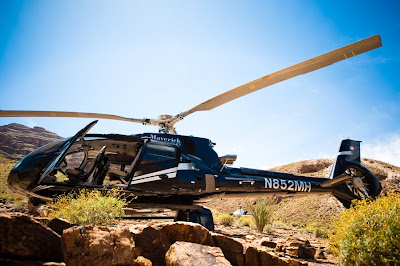 A destination wedding wasn’t the couple’s initial plans. They started planning a hometown wedding and quickly realized it just wasn’t “them.” Kristie and Chad love formal events, but also wanted a party-like atmosphere. Kristie’s mom suggested Las Vegas. Ironically, they took their first trip to Vegas so it held sentimental meaning and the couple also knew it was somewhere their guests would have a great time.

Never ones to shy away from a wild time, Kristie and Chad took it a step further and proposed the idea of getting married at the Grand Canyon. They wanted a bit of shock and awe so they chartered 8 helicopters to fly their 45 guests to the base of the mile deep canyon to say “I do.” 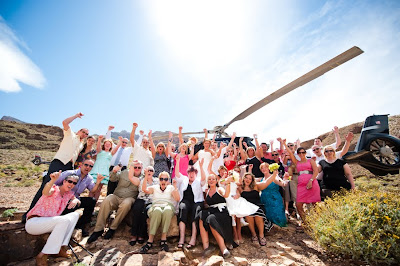 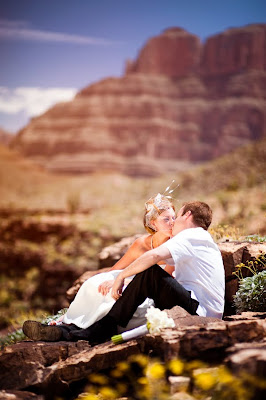 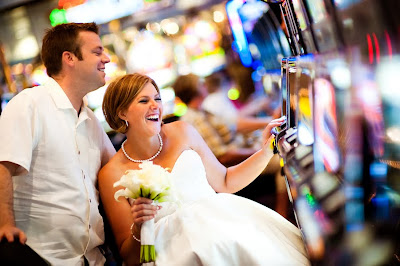 After the breathtaking ceremony and back in Vegas, adventure morphed into elegance with a 9-course meal on the grand patio of the Bellagio Hotel. The couple’s color scheme was reflective of the overall wedding’s theme with a fun, vibrant green combined with the classic elegance of black. 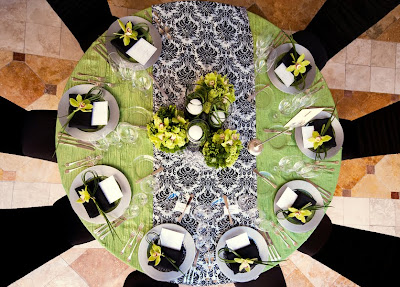 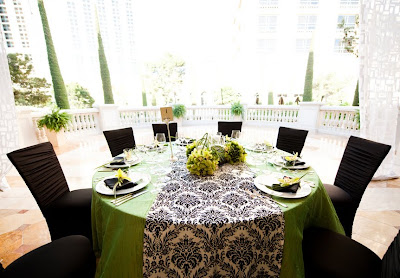 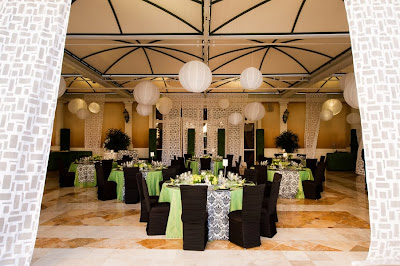 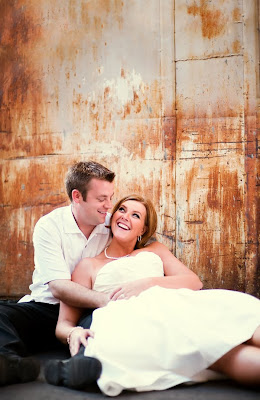 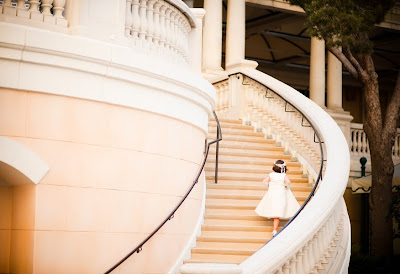 After dinner the party got into full swing, starting with the guests being escorted to “Club Kris and Chad” by genuine Las Vegas show girls. Kristie and Chad definitely pulled out all the tricks to ensure their guests had the time of their lives. The couple transformed a formal ballroom into their own personal night club complete with slot machines, sleek lounge furniture, a costume photo booth and an Elvis impersonator. 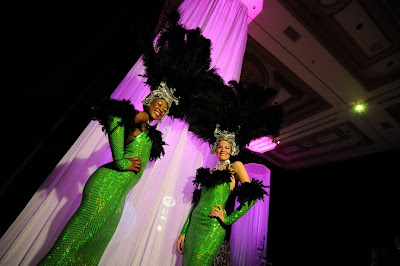 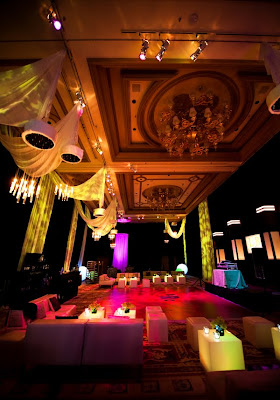 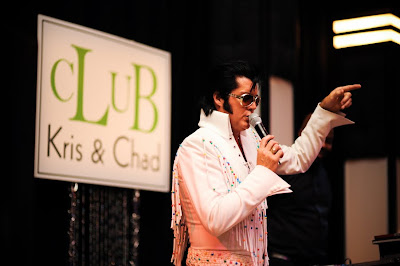 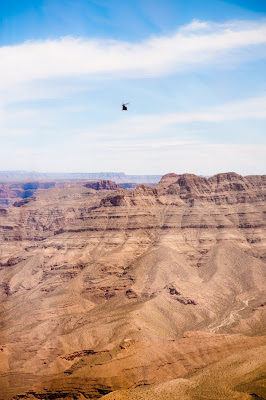 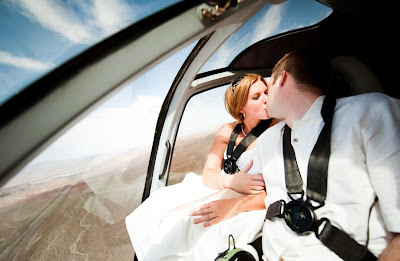 Chad and Kristie definitely achieved their goal of having a wedding which was distinctly “them.” They formed the perfect marriage of flair and classic romance. There’s no doubt that future happiness is in the cards for them.