This Real Life Couple Took Their Amore to Florence

There are certain regions of the world where romance seems to seep between cobblestones and materialize everywhere you look. Italy is one such place and that’s where Angela and Brandon chose to tie the knot. More specifically, they said “I do” in the shadows of Florence. 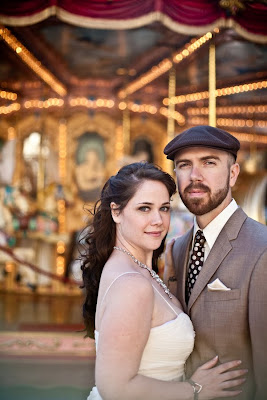 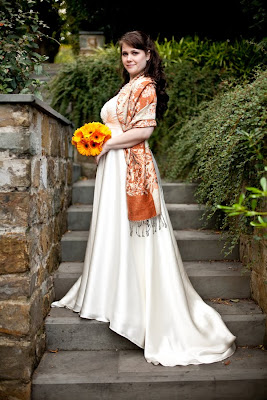 Angela and Brandon were joined by roughly 20 of their closest friends and family at Via La Vedetta, a 5- star hotel with stunning panoramic views of the ancient city of Florence. Much like the bride at her wedding, the Florence Cathedral is the star of Florence’s show. 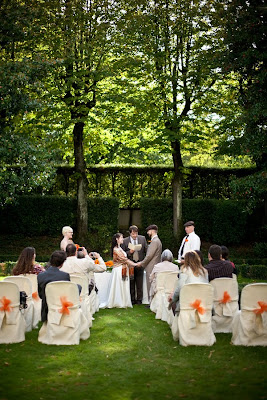 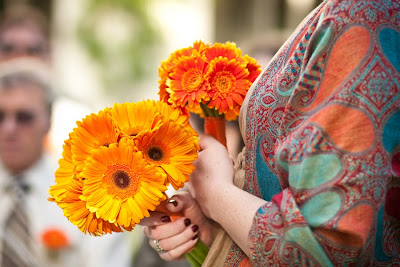 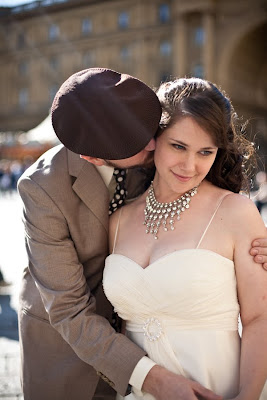 Angela took inspiration from the Tuscan terra cotta tiles and vibrant sunflowers so prevalent in Tuscany. She kept the floral arrangements simple with bright orange daisies and protected herself against the Italian chill with a beautiful wrap filled with the colors of Florence. 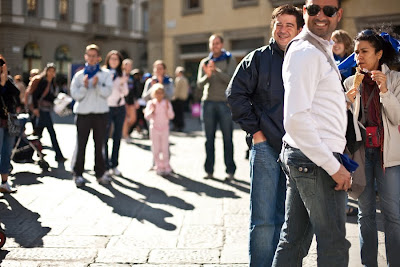 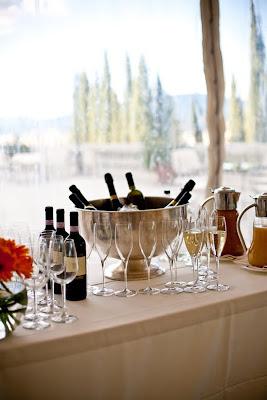 The couple exchanged vows on the hotel’s property and took a trek through Florence to commemorate their wedding day. What ensued were many a “Salute” from the crowds and a photo shoot for the history books. 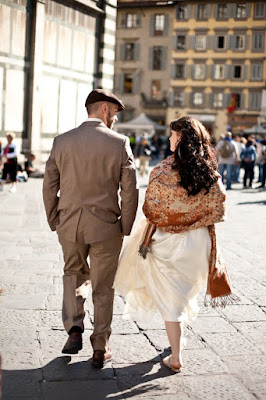 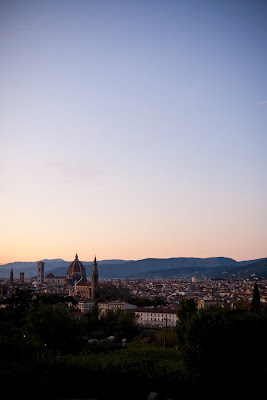 We’ve had many destination wedding submissions lately where the couples let their romantic destination do the talking. These are all proof that the devil isn’t always in the details. If you consider yourself a romance traveler – put Italy on your bucket list and don’t forget the amore.

About: Courtney Cox is a writer and editor at Destination I Do Magazine and recently graduated with a degree in Print Journalism from Arizona State University. Her passions include traveling and she’s greatly anticipating an upcoming trip to Australia as a representative of Destination I Do. For travel deets and the inside scoop on Destination I Do, follow Courtney on Twitter here.