Carrie and Chris are two avid runners that met on a blind date back in 2005. Five years later they found themselves following in their family’s footsteps by saying “I Do” at two sentimental places. The couple, who hail from North Carolina, didn’t have any family nearby, so a destination wedding was just the thing. After a two year engagement the couple, along with 75 of their nearest and dearest, traveled to New York for the wedding. 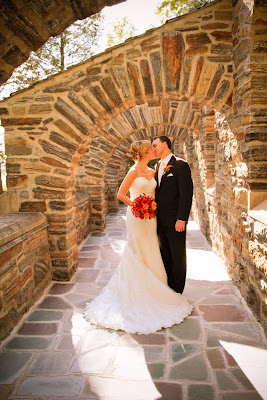 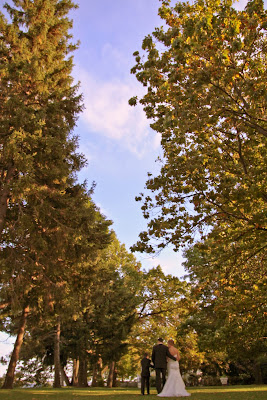 The event was truly a family affair. Carrie’s mom did all the flower arrangements and because the historic chapel where they got married only held a maximum of 75 people, the couple was forced to keep the guest list down. While initially this was a difficulty, the couple now says it was a good thing since it created such an intimate event. Chris's son also doubled as the best man and entertainment for the evening - keeping everyone laughing late into the night.

The ceremony took place at Garrett Chapel in Bluff Point, NY. Carrie never doubted that this was where she was meant to be married because her parents were married there over 30 years earlier. The chapel is truly one of a kind and is listed on the National Register of Historic Places. Carrie and Chris got married in autumn and the auburn-hued foliage was a beautiful backdrop to their nuptials. 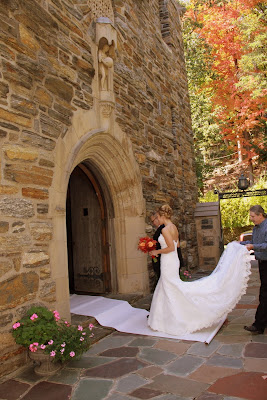 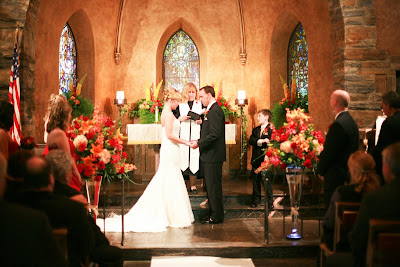 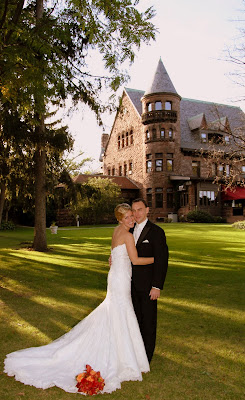 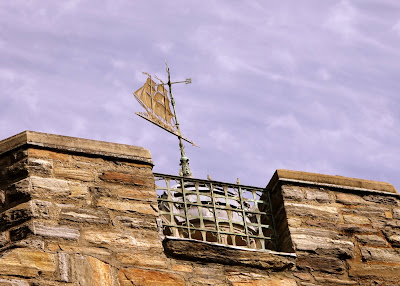 Carrie’s favorite project was the candy bar favors. She and Chris purchased different sized apothecary jars and bakery boxes online. They then had a custom stamp made on Etsy.com which read “Love is Sweet, Carrie & Chris 10-3-10” to add to each of the boxes. After decorating the jars with handmade signs and ribbons, their guests got to fill up their boxes with various treats to take home. Another sentimental touch was a handmade quilt which they used as a guest book. 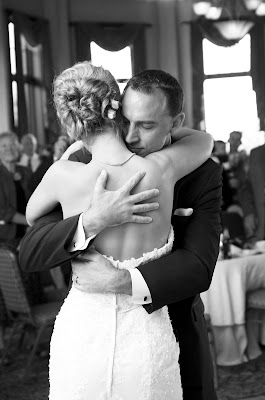 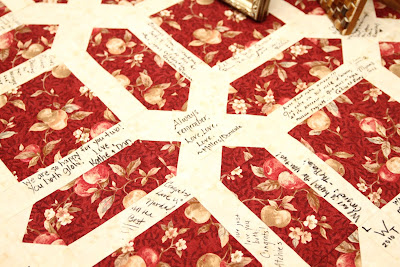 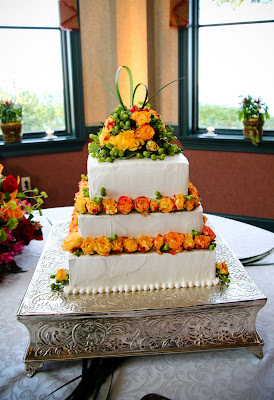 The couple’s reception took place at Belhurst Castle which is also listed on the National Register of Historic Places. This venue had great sentimental meaning to Carrie because as a child her family often had reunions and celebrations at Belhurst. It was a romantic and fitting façade for this couple’s wedding day. The couple has some insightful advice for other couples planning their dream destination wedding.

“Plan ahead, keep a record of emails and stick to the budget as much as possible,” the couple says. “Have fun planning together. Remember why you are having this special day – it’s about you and your bride or groom!” 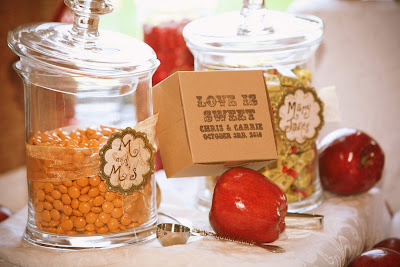 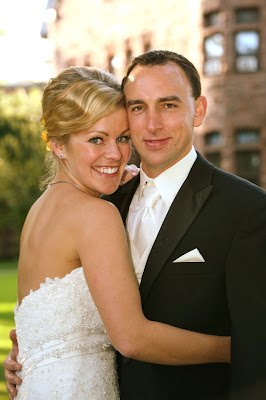 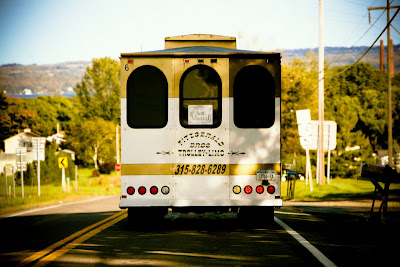 This is a couple that knows how to stay on track! They’ve run 5 marathons together and have a dream of running a marathon in all 50 states. It sounds like they have a long future ahead of them running side by side. Best of luck and thanks for sharing your wedding photos with us here at Destination I Do.