The Royal Wedding was Spectacular, but why was it Important?

Friday's royal wedding was one of the most anticipated events of the year. Those waiting with baited breath were rewarded with, I think, a magnificent event. After seeing the crown jewels, gold-encrusted carriages and the splendor of Westminster Abbey on a visit to London, I wanted a royal wedding as bad as any Brit. (To see the opulence yourself, take a 360 tour of Westminster here.) As I’ve celebrated every beautiful detail in the days since the wedding, I’ve been met with a lot of cynicism, rolled-eyes, “so what?” and “who cares?” So, for those of you who are curious about why there's been so much interest, here are some facts and information to help explain the significance. 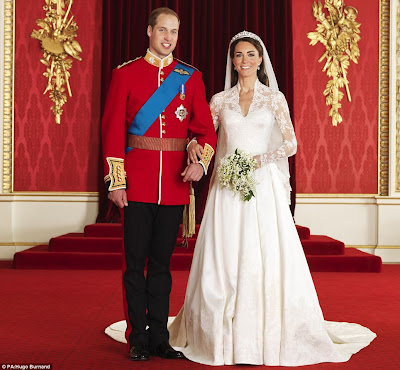 Instead of recapping all the wedding details that you’ve all likely heard already, I’m going to address the question of why the royal wedding was such a big deal in the first place. (For those of you who want in-depth detail about the event or to watch it online click here.) I know a few people who were a bit on-the-fence about the royal wedding, but really came around when they watched the event live.

Ultimately, William and Kate’s wedding was about love, commitment and patriotism. For those readers who are currently planning their wedding, or who just got hitched, there’s a mutual understanding about what a wedding means, not only to you and your husband or wife, but to those dearest to you. A wedding symbolizes the joining of two families and the highest level of commitment to one another.

I think of the royal wedding much the same, but it’s simply done on a much, much grander scale. For William and Kate, as members of the Royal Family, they have a responsibility to the British people and its citizens are extended members of their family in a way. The United Kingdom’s general public clearly embraced the couple on their W-day as a million people lined the procession route from Buckingham Palace to Westminster Abbey. The BBC has a fascinating article about the royal wedding in numbers here. 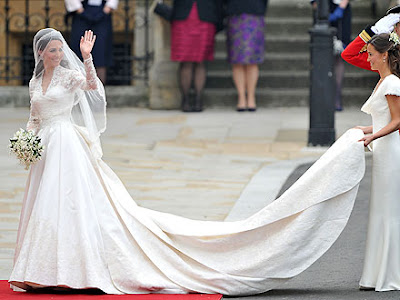 The wedding was viewed in over 180 countries world-wide and had over 46 million viewers in the U.K. and U.S. alone. The United Kingdom gave its people the day off and they showed up in spades to celebrate the royal wedding. Trafalgar Square had to be shut down hours before the wedding even started because it was at capacity with 20,000 people. London’s Hyde Park set up enormous big screens which televised the event live. Roughly 200,000 people came together to watch the event and celebrate in Hyde Park.

There’s a lot of speculation about the role the Royal Family plays in British affairs and why they’re still important. A good way to think about it is to compare a piece of American history with that of Great Britain. The British Monarchy (in some form) has been around in England since 400 AD. While the Monarchy certainly plays a lesser role today, they can still be given credit for the foundation of the U.K. and many of its general beliefs and practices.

Imagine, for example, that George Washington’s direct descendants remained in the spotlight and played an active and well-publicized role in America’s affairs. Wouldn’t those individuals be important to the American people and a symbol of this nation’s history? The Royal Family is much the same to the British people. The royal wedding gave the British populace an opportunity to actively take part in a piece of their nation’s history and to celebrate all that they love and cherish about being an English citizen. Surely this is something we can understand? 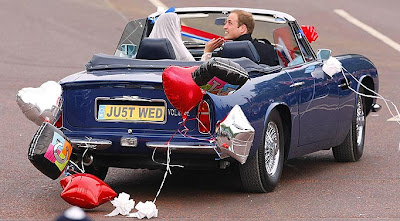 Whether you’re interested in the royal wedding or not, hopefully this helped to address all the “so what?” and “who cares?” questions out there. On its most basic level, the wedding was about two people in love committing themselves to each other for life. Even if William and Kate are a part of the Royal Family, this is something all love birds out there can relate to.