Words by Courtney Kellar Words by Carolyn, the Anti-Bride
Photos courtesy of Gastronaut

Those who know me, know that I love start ups almost as much as I love travel writing and lifestyle. It’s here in one place at Gastronaut, the eclectic, farm fresh, sustainable and ‘good for you’ catering company by ex-Google chefs, Nate Keller and Mirit Cohen. Their mission: “To thrill our clients with adventures on the food frontier.” The very fact that they were able to knock the socks off of Sergey and Larry means only one thing: you pretty much know that your wedding, rehearsal dinner or engagement party (from the Playa to the patio) is going to go off without a hitch. The fact that it’s good for you? A value added all around…Bon appetit! 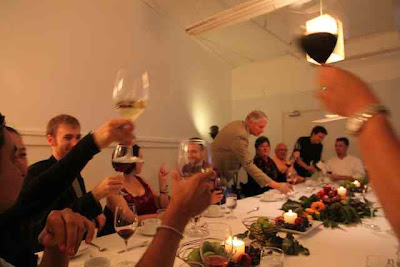 • Adheres to the ChooseMyPlate standards laid out by the USDA
• 85% of all produce is certified organic
• All meat’s are “Never-Ever” fed hormones and antibiotics
• Only serve cage-free fresh eggs—never use commodity pre-cracked eggs
• We follow the guidelines of Monterey Aquarium’s Seafood Watch Program
• All food served (including all stocks, soups, dressings and sauces) is made from scratch or purchased from artisan vendors. Nothing comes from a base.
• Communicates and creates dialog about menus, including helpful information such as ingredients, allergens, country of origin, etc. 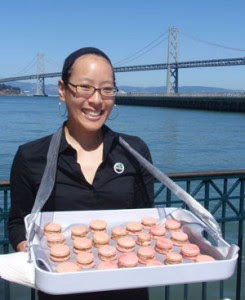 While they are most commonly referred to as the “ex-Google chefs,” Mirit Cohen and Nate Keller are the duo behind Gastronaut’s eclectic menu and have broken out from this title to create an identity of their own with their bold menu and quirky approach to social catering. When not catering lunches for large Bay Area companies like Twitter and Yelp, Gastronaut caters intimate social events of all kinds—from weddings, to picnics and Bar Mitzvahs—with an array of menu themes—from Ramadan Breakfast to Indian Fusion cocktail parties to Busta Rhymes’ birthday. They have even recently created a special line of “on the go meals” called Playa Provisions. Gastronaut’s unique culinary flare mixed with a commitment to fresh, organic, and sustainable ingredients adds both quality and adventure to dining. CEO and Co-Founder Mirit Cohen was studying in a masters program at Stanford before abruptly changing careers to pursue a culinary career in 2004. Cohen was quickly promoted from Chef’s Assistant to Executive Chef at Google during her tenure at the internet giant before eventually running Google’s catering department for a year, producing numerous large-scale events.

Co-Founder and Executive Chef Nate Keller began his culinary career after graduating from the Culinary Institute of America (CIA) in 1999 and working as a Sous Chef at numerous high end restaurants in Northern California. Starting as a Sous Chef at Google in 2003, Keller rose through the ranks and served as Google’s Executive Chef from 2005-2008 and concurrently opened 8 cafe’s in California and New York. Keller added to his resume as Executive Chef at Apple and joined forces with Cohen in November of 2008 to found Gastronaut, a new age catering company.