I firmly believe that destination weddings are simply ideal for some couples. Most couples know exactly what they want, have the savvy to make their dreams a reality and end up with a picture perfect day. Jason and Vanessa are one such couple. After reading through their interview for this post, I was seriously impressed with the bride’s determination and sound advice. 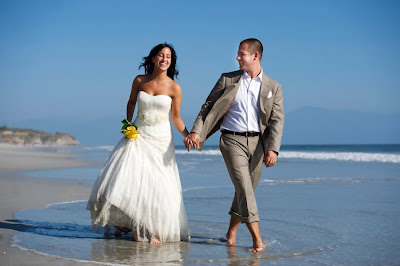 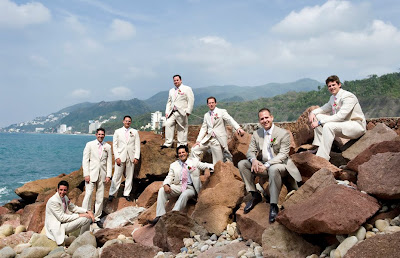 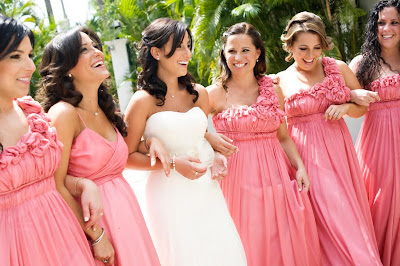 The bride has vacationed in Puerto Vallarta, Mexico every December with her family for years and knew that was where she wanted to get married. After months of planning and a few hiccups along the way, Jason and Vanessa were joined south of the border with 100 of their closest friends and family. In the beginning, not everyone was ready to make the long trek from Toronto, Canada. However, through many conversations and the couple staying united in their decision, their guests came around. 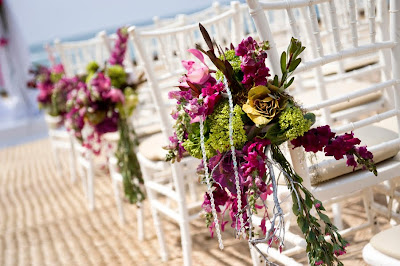 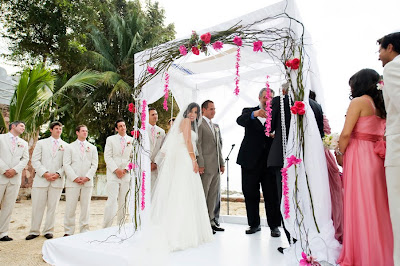 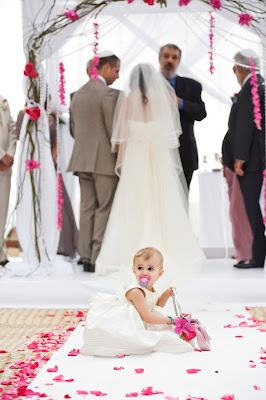 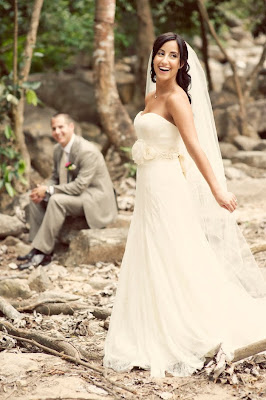 The couple wasn’t opposed to compromise, however, in order to accommodate their guests. After Jason and Vanessa realized there were no direct flights out of Toronto or Montreal in their wedding month of May, they moved the wedding up to March. In the end, the new date actually worked better and their guests were able to turn the wedding into a vacation. 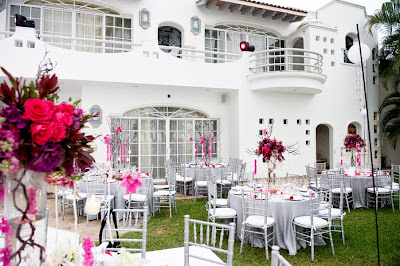 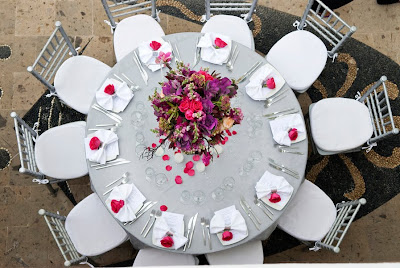 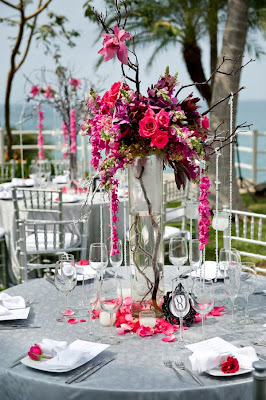 The couple’s biggest triumph was in the selection of their venue. “Although some destination weddings are much easier to plan at a hotel, there are many restrictions, guidelines and extra fees that did not suit our wedding,” says Vanessa. “ We wanted our wedding to be outdoors for both the ceremony and reception and at a hotel our wedding would have ended a lot earlier due to noise restrictions. We wanted our guests to be able to party as long as they wanted as they all traveled so far to celebrate with us."

“Also at a hotel, there were many extra fees added if you brought outside vendors into the hotel. These restrictions were why we decided to have our wedding at a private beach villa. The beach we had was very private which we liked as there were no people in swimsuits watching in the background." 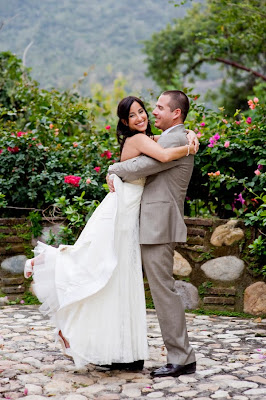 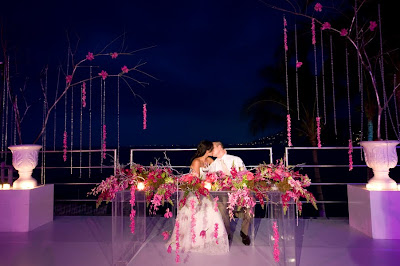 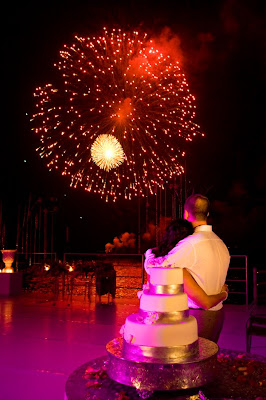 After much deliberation, the couple chose Villa Garza Blanca as their venue and couldn't have been more pleased. This couple had the perfect blend of accommodating their guests while still maintaining their vision for their dream destination wedding. In the end, the couple found themselves dancing the night away under a sea of Mexican stars as husband and wife. However, they admit that their wedding wouldn’t have been the same without their loved ones by their sides.