One of Our Friends Needs Your Help!

I’m relatively new to the bridal industry, but quickly learned that all the professionals within this business are not only creative, but supportive of each other. Today, one of our family members needs our help. The unbelievably talented Stephanie Williams from This Modern Romance has been a part of multiple issues of Destination I Do and one of her images is even featured on our Fall 2011 cover. I have no doubt that her images have brought warmth and inspiration to thousands of our readers. Now it’s time for us to return the favor. 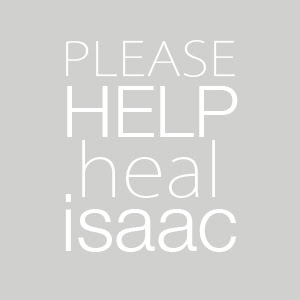 On Monday September 12, Stephanie’s husband Isaac underwent a CT scan after he developed double, blurred vision. The CT scan quickly revealed that Isaac had a lime-sized tumor in the center of his brain which was pushing on his optic nerve. A few days later Stephanie and Isaac found themselves back at the hospital so he could undergo a craniotomy to remove the tumor.

The surgeons were able to remove the bulk of the tumor and it, thankfully, was benign. However, when Isaac was in recovery he suffered a grand mal seizure. Over the next few days Stephanie’s husband began to make some progress. But, unfortunately, just as the couple was ready to be discharge on Monday September 19, a week after the tumor had been found, Isaac suddenly lost all feeling on the left side of his body.

A part of the tumor which had to be left behind was now pushing on the middle artery in his brain and the lack of oxygen had caused Isaac to have a stroke, leaving him paralyzed on the left side of his body. After a few days in ICU, Isaac has been transferred to an intensive rehabilitation center. He can now gently squeeze Stephanie’s hand and is slowly making his way down the road to recovery.

Stephanie is determined to ensure that her husband gets the best care possible, even if that means having to pay out of pocket. A few weeks ago Isaac was a strong, healthy yoga instructor who suffered from what his doctors called tension headaches. Stephanie encourages others to stay persistent with their doctors if they feel there is something wrong.

Stephanie is accepting donations to help in covering the medical bills they were never expecting only a few weeks ago. At the very least, she asks us to keep her husband in our thoughts and to hope for a full recovery. We at Destination I Do will most certainly keep them in our thoughts and hope that you will too. If you would like to learn more about Stephanie and Isaac or to donate even a few dollars, you can visit her blog here where she has set up a pay pal account. Thanks so much for your care and understanding for our friends Stephanie and Isaac.