At 34, I’m not quite in the market for a full-blown facelift, but growing up in the Arizona sun has wreaked havoc on my skin. So, when I was offered a chance to try a new procedure for treating fine lines – without surgery – it didn’t take much convincing.

Pellevé is an FDA-approved innovation for smoother, tighter skin on the face, including the eye area. The treatment uses advanced radiowave technology to heat the deep layers of the skin, causing the collagen to contract and tighten. The theory is, cells will begin to produce new collagen, leading to increased skin quality, firmness and tightness. Sold. 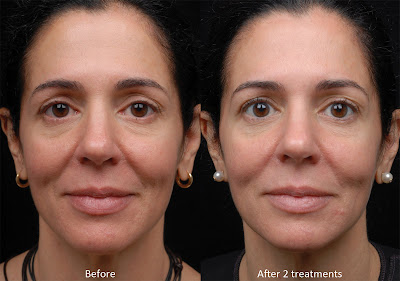 I visited Millennium Laser and Aesthetics Center in Glendale, Ariz. – one of only a handful of facilities to offer Pellevé in the area (it was just approved in 2009) – where I met licensed laser technician Sarah Hale.

First, Sarah slathered my face with a cool gel, much like that used during an ultrasound. Then, wielding a small wand with a blunt tip, she got to work.

Having had photo facials in the past, I expected the treatment to be somewhat uncomfortable, but I was wrong. Instead, it felt almost as if Sarah was scribbling all over my face with a warm magic marker, gentling massaging one patch of skin at a time. Every 30 seconds or so, she would lift the wand to check the temperature, aiming for a range of approximately 41-42° C (105° F). The only time I felt any discomfort was during one of her last passes over my crow’s feet, and that was short lived (and much needed).

Overall, the process lasted about an hour and left me with a slightly pink, refreshed face for a couple of hours (I headed straight to a meeting and my colleagues were none the wiser.). 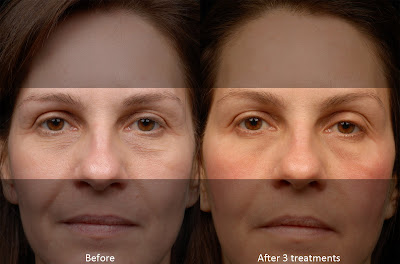 Right away, I noticed that the fine lines around my eyes and mouth were noticeably minimized. A week later, a girlfriend interrupted me mid-sentence to exclaim, “Your skin looks fabulous!”

I was told that I would see an improvement over the coming months as new collagen makes its way to the surface. “You don’t lose collagen overnight; you won’t rebuild it overnight,” said Hale.

And several months later, I’ve noticed the biggest improvement in the lines around my mouth, followed by my eyes. My forehead creases didn’t shrink much, but I’d be curious to see the difference after more than one session. Like most people, I would benefit from a series of sessions – at a cost ranging from $300-500 for a single treatment to several thousand dollars for a package.

Because Pellevé can be used on brides of all ages – younger brides who want to be proactive and older women who would appreciate a pick me up – the bigger question is whether you can work the cost into your bridal budget. If you ask me, it’s definitely worth it!